Every now and then a bag pops up that grabs your interest. Not necessarily for the hype, not even the brand name, but just because it looks so promising. As my first bag of 2016 the Recon Nine EVADE by Alpha One Niner was something I was very keen on checking out ever since I saw the crowdsourcing idea thread on the EDC Forums. This concept was new to me, a designer asking end users what they want in a bag, and it actually happening. For those interested in a bit of backstory, Helmie Ashiblie is the founder and head honcho of Alpha One Niner, and he’s got a few bag interests such as Sneaky Bags and his military side SERT. Alpha One Niner was Helm’s break into the civilian market. 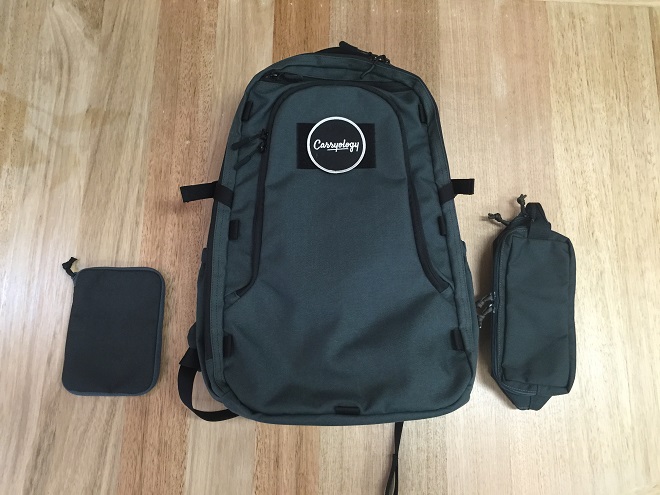 The Recon Nine EVADE pack was recently prototyped in 1000D Cordura nylon. As soon as I saw this I reached out to Helm and organized one to be sent over as a production sample. Three weeks later the bag was sewn and at my office waiting for me. My first impression was a good one. This bag was absolutely gorgeous, the grey Cordura looks so damn good and the bag really comes together well. This is a smaller bag than I usually go for, as I’m trying to trim down my carry needs. For perspective I went from a 34L GORUCK GR2 to the EVADE, which runs in at 27 liters, and a few inches less on height and length.

“My first impression was a good one. This bag was absolutely gorgeous, the grey Cordura looks so damn good and the bag really comes together well.” This bag definitely suits the commuter (and someone into the tactical vibe), someone looking to carry a laptop, organize their gear, and have a place for everything. The laptop compartment is very protective, and will take a 17-inch laptop with a squeeze. If you’re looking for a bag to hit a trail, or use in warmer temperatures I would reconsider this bag. I found the back panel would get fairly warm; however, keep in mind I’m writing this from the fiery depths of Australia, where even the weather will try and kill you. Oh, and if you’re a wearer of expensive fabrics look elsewhere; this burly little pack will grate your Merino like parmesan. 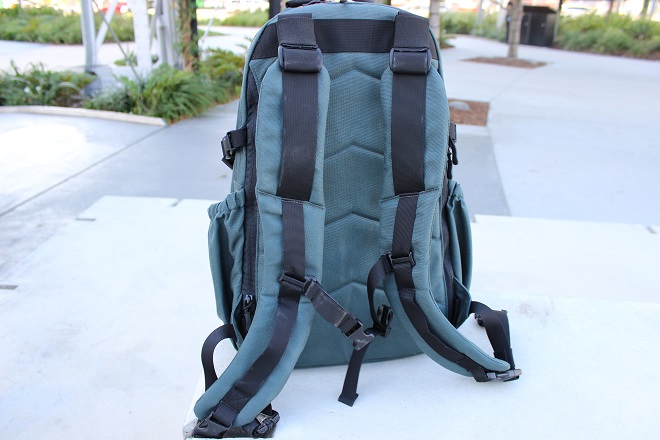 The EVADE is a very comfortable bag. The strap design may scare some folks as it’s not the mainstream shoulder strap setup. If you’ve seen the Triple Aught Design packs, this is extremely similar. They’re designed to fit a wider range of body types, and it does that job well.

“This bag definitely suits the commuter (and someone into the tactical vibe), someone looking to carry a laptop, organize their gear, and have a place for everything.” I’m a fairly big guy myself at 6’3. I spoke with Helm about the shoulder strap length and he was able to send over a new set, 2.5 inches longer. This was another level up in comfort. This is definitely one of the better bags I’ve had in terms of tech-friendliness. The laptop compartment will hold a laptop plus an iPad or two. The compartment is very padded, and won’t bottom out when you drop the bag, so you won’t hear that soul-crushing sound of your laptop slapping the cement when you put your bag down. I pretty much won’t touch a bag unless it has an internal framesheet, and this ticks that box with a thin HDPE sheet, so the bag won’t be floppy when empty. It’s also able to stand up on its own.

“This is definitely one of the better bags I’ve had in terms of tech-friendliness.”

The slim profile of this bag was awesome on the crowded Brisbane buses. Anyone who’s been on a crowded bus with that one guy who carries a suitcase on his back knows the pain, and I can happily say the EVADE won’t make you look like a Ninja Turtle. “The slim profile of this bag was awesome on the crowded Brisbane buses.” Accessories – Alpha One Niner offers a few smaller accessories, and one particularly suits the EVADE very well. The Matroskya set gives you four pouches of varying size, which attach to different parts of the bag via D-rings. I found the smallest of the four to be very useful as a First Aid Kit pouch. I found the admin compartment to be a tiny bit unfriendly. These compartments are definitely a hit or miss. I was able to use the slots, however not as I would have liked to. I had issues finding items that would fit properly in them, even something as standard as a multi-tool. If you’re a fan of larger zipper pulls, the pulls included on this bag may not fare well with you. While I find the actual texture very nice and grippy, the size could definitely be larger.

“I found the admin compartment to be a tiny bit unfriendly.“ As I said earlier, if you’re a wearer of expensive fabrics, the back panel is entirely made of 1000D nylon, so it may be quite abrasive and rough on your clothing. However, this depends heavily on fabrics. The bag seems to be very compact. That means it looks delicious. However, I found loading up one compartment would potentially swallow the capacity of the compartments next to it. For example, loading the main compartment with say a jacket could kill your laptop space and make it extremely tight.

“I found loading up one compartment would potentially swallow the capacity of the compartments next to it.“ If you’re looking for an urban-friendly, mid-sized bag you’ve probably stumbled across the EVADE. Similar to this would be the GORUCK GR1. If you’re looking for something a bit smaller without having to worry about an admin compartment, the Brisbane Outdoor Gear BullPup is much cheaper than the GORUCK and EVADE. However, it comes in at 18L.

“…the back panel is entirely made of 1000D nylon, so it may be quite abrasive and rough on your clothing.” The EVADE is definitely one of the better bags I’ve seen. I believe with some input from users a Gen 2 bag would be something I’d be happy to throw money at wildly. I’d like to see the admin compartment redesigned and possibly some extra fabric to let it, when full, stick out as opposed to inside the main compartment.