In Part 3 of “External Frame Backpacks – Applying the Old Ways to the New Journeys”, Markus Kittner looks at modern developments within the world of external frame backpacks…

The biggest leap in backpack development probably began in 1952 when Asher “Dick” Kelty and his wife Nena started the Kelty brand from their garage in Glendale, California. One of the biggest innovators in backpack design, Dick was not only one of the first to produce and market external frame backpacks specifically for civilian use, but Kelty is also considered to be the inventor of the rectangular aluminium framed backpack, the hip belt, using nylon, adding zippers to the pack pockets and the padded shoulder straps.

In 1952 after several years of making packs in his home garage for friends, Dick sold 29 packs in his first year of business for 24 dollars each. Dick hand-formed and welded each of the frames, and his wife, Nena, sewed each of the pack bags using WW II leftover parachute pack fabric. Kelty packs first include aircraft-aluminum contoured frames, padded shoulder straps, waist belts, clevis-pin attachment of pack bags, nylon pack cloth, zippered pockets, hold-open frames, and nylon back bands. The first shoulder straps were produced using wool carpeting for padding. The original clevis pins were made from aircraft rivets. 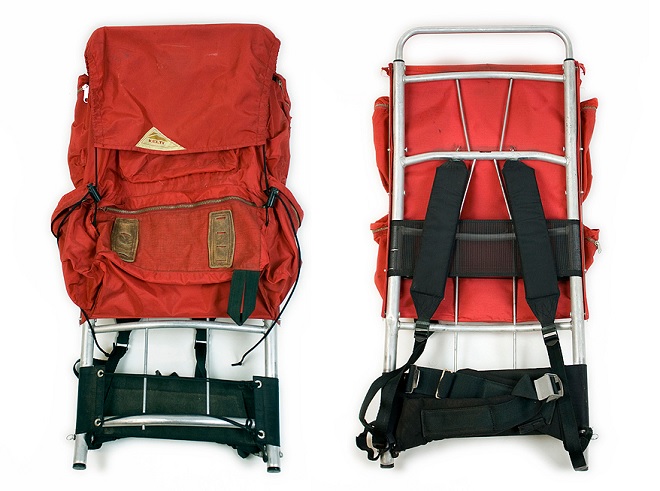 Surprisingly Dick Kelty did not patent the original Kelty pack design from 1952. At the same time it’s not hard imagining how a passionate inventor is more interested in perfecting his invention than spending money on a patent. A modest man when asked by his wife Nena to patent the pack design, Dick replied ” Man has been carrying stuff on his back forever. A backpack is nothing new.” – Nena Kelty Via www.patentpending.blogs.com The aluminium external frame backpack went on to be used not only for light civilian use, but also for important and challenging expeditions like the 1963 Mt. Everest ascent by the U.S team lead by Norman Dyhrenfurth. For leisure use the most notable external frame design innovations have probably come from Dana Gleason of Dana Design with the Racer X design.

Via Zeno Marx and later the Mystery Ranch NICE Frame, which is considered by many to be an external and internal hybrid. The visually similar Mac M.O.L.L.E Pack frame which is lined with P.A.L.S (Pouch Attachment Ladder System) webbing straps allows you to fasten individual items to it as necessary. And the Kuiu Icon offers a Carbon Fiber external frame which was covered in a previous post titled KUIU Icon Backpack – Redefining the External Frame Backpack. The external frame has also been re-introduced in the recent retro fashion wave by JanSport with the Urban Framework pack, the JanSport D2 and by VISVIM with the Conquest External Frame backpack.

External frame packs are also being batch produced in niche markets for lightweight backpacking consumers. Like this ZPacks™ “Exo” Backpack, which also allows you to fit the sleeping pad between the frame. 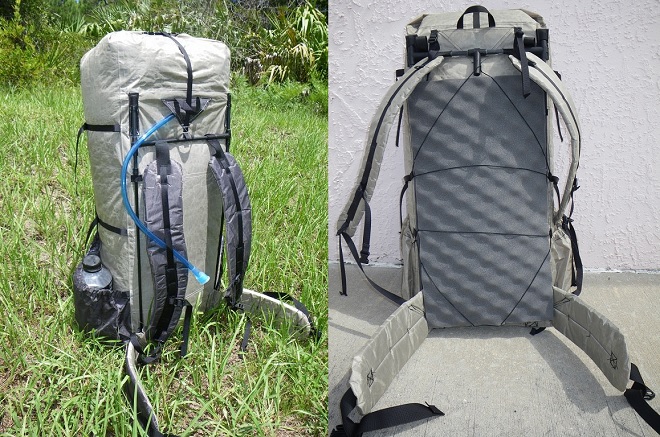 And customized, or up-cycled like this old quality welded aluminium frame with added new hip belt and a dry bag. The blue webbing doubles up as camping hammock tree straps. What the External Frame Backpack will look and function like in years to come is an interesting question. Maybe it will continue to look like a throwback from the 1970’s, maybe it will become forgotten and disappear. However, I believe that the external frame is a superior load carrying design for trail use, which also provides much valuable ventilation to the back. As such it deserves to be innovated and not relegated. Nowadays we’re surrounded by countless new technologies, which do we really need and which are redundant to our personal use? Are there old and forgotten technologies that can be more useful to us than new ones? For certain the old External Frame Backpack has plenty of potential left. Applying the Old Ways to the New Journeys – The Marked Tree Blog 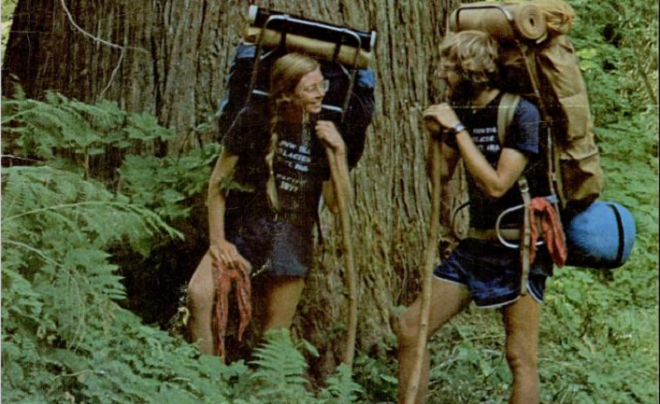 P.S. I chose not to include 4 important historical backpack styles in this article, mainly because they included no external frame. The Double Bag Knapsack also used in the American Civil War, the Yukon Pack used during the Gold Rush and Basket Packs which although they have been around as long as external frames and are still used today also have no external frame and many have a Tumpline instead of shoulder straps. For anyone interested there is a long list of Basket Packs from the Adirondack Basket in the USA, to the Kontti in Finland, the Pasiking in the Philippines, the Katu Woven Pack from Laos and the Sherpa Basket in Nepal. You can also easily buy a woven Fruit Picking Pack online for about $100. Pre-hispanic cultures such as the Aztecs also used external frames called Cacaxtli, but with Mecapal Straps (tumpline). For further reading I have since written a short post on woven Basket Packs titled “Woven Backpacks – Design Rooted in History and Tradition”. To read it click HERE